The initial concept for Wynnum General Gordon Community Preschool and Kindergarten was discussed in late 1949, after meetings with parents and prominent townspeople about the need for a Kindergarten in the area. It came to fruition in January 1950 and was aptly named Wynnum District Kindergarten.

The first classes were held in the Lodge room of the Municipal Library Hall, then over the course of the next eight years the kindergarten occupied three different premises in Andrew and Edith Streets. In 1958 the Kindergarten satisfied the high standards set by the Creche and Kindergarten Association of Queensland and was granted “affiliation” status.

In 1962, the Wynnum Gordon Club in Florence Street was disbanded due to a decrease in numbers, so the decision was made to donate its property and the residue of funds to the Wynnum District Kindergarten. The old building was removed to make way for the construction of the purpose-built kindergarten. In donating the property to the Kindergarten, the proviso was made that “General Gordon” always be included in the name of the centre, as a lasting memory of its historical significance. With this in mind, the name was changed to General Gordon Memorial Kindergarten.

Who Was General Gordon?

Gordon Clubs had been formed throughout the British Empire to perpetuate the memory of “Chinese” Gordon better known as General Gordon of Khartoum. The Wynnum Gordon Club had been a club promoting the mental and physical development of its young male members, and this was one of the last Gordon Clubs to exist in the Commonwealth. There is more information at General Gordon in the Welcome Room of the Centre.

On 23rd May 1964, after considerable work by the Mothers’ Auxiliary, the new Kindergarten was officially opened by Lady May Abel Smith, wife of the then Governor of Queensland. The name was further changed in 1974 to the Wynnum General Gordon Community Pre-school and Kindergarten Association Incorporated.  Ruth Madge, the former Kindergarten Teacher at the Moreton Bay Girls’ School, was the first Director of the Wynnum District Kindergarten. The former Ruth Madge Cottage (remodeled as Suzy’s Beach Shack in 2020) was named in her honour, as she held this position for 14 years and her contribution during these years was significant.

In September 2000, to celebrate fifty years of providing early childhood education in the bayside area, the wife of the Governor at the time, Mrs Barbara Arnison, was special guest at the Wynnum General Gordon Open Day to replicate the official opening of the centre held 36 years earlier.

As of January 2014, the service became affiliated with The Gowrie (Qld) Inc. The Gowrie’s strong spirit of community is closely aligned with the Wynnum General Gordon philosophy and ethos, and this signalled an exciting new era for the centre. Also after many years of fulltime staff, all staff members made the transition to part-time employment over the following two years and a staff of four teaching staff became eight.  There is now a highly motivated and dedicated team of thirteen staff members, all who share a wealth of knowledge and experience in community kindergartens. 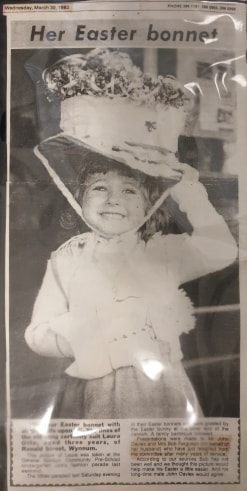 Our Centre has maintained long standing staff who have given tirelessly to ensure the centre continued to thrive under their direction and leadership:

Now under the leadership of Jenni Hyde, the current staff uphold the high standard of early childhood education for which this centre is renowned. Strong partnerships exist amongst the staff, committee and parents, to ensure that the centre continues to be a vibrant hub for families within our community.

Over the years, the centre has seen several playground redevelopments, building extensions, renovations and changes of staff, but the one aspect that will never change is the community spirit and sense of belonging that permeates throughout the service. Society can often be judged on how children are regarded in a community. At Wynnum General Gordon, children and childhood itself are considered precious and therefore, what is best for children will always be the highest priority.

WGG Time Capsule to be unearthed in 2050

In 2007, Kindergartens throughout the state celebrated 100 years since the formation of the Creche and Kindergarten Association of Queensland, and our service marked the milestone with a Market Day and burying of a time capsule. This capsule will be unearthed in 2050 to mark a century since the kindergarten was first established.

“We are committed to providing a high quality early childhood curriculum within a safe and healthy environment for your children.”