Down By The Bay 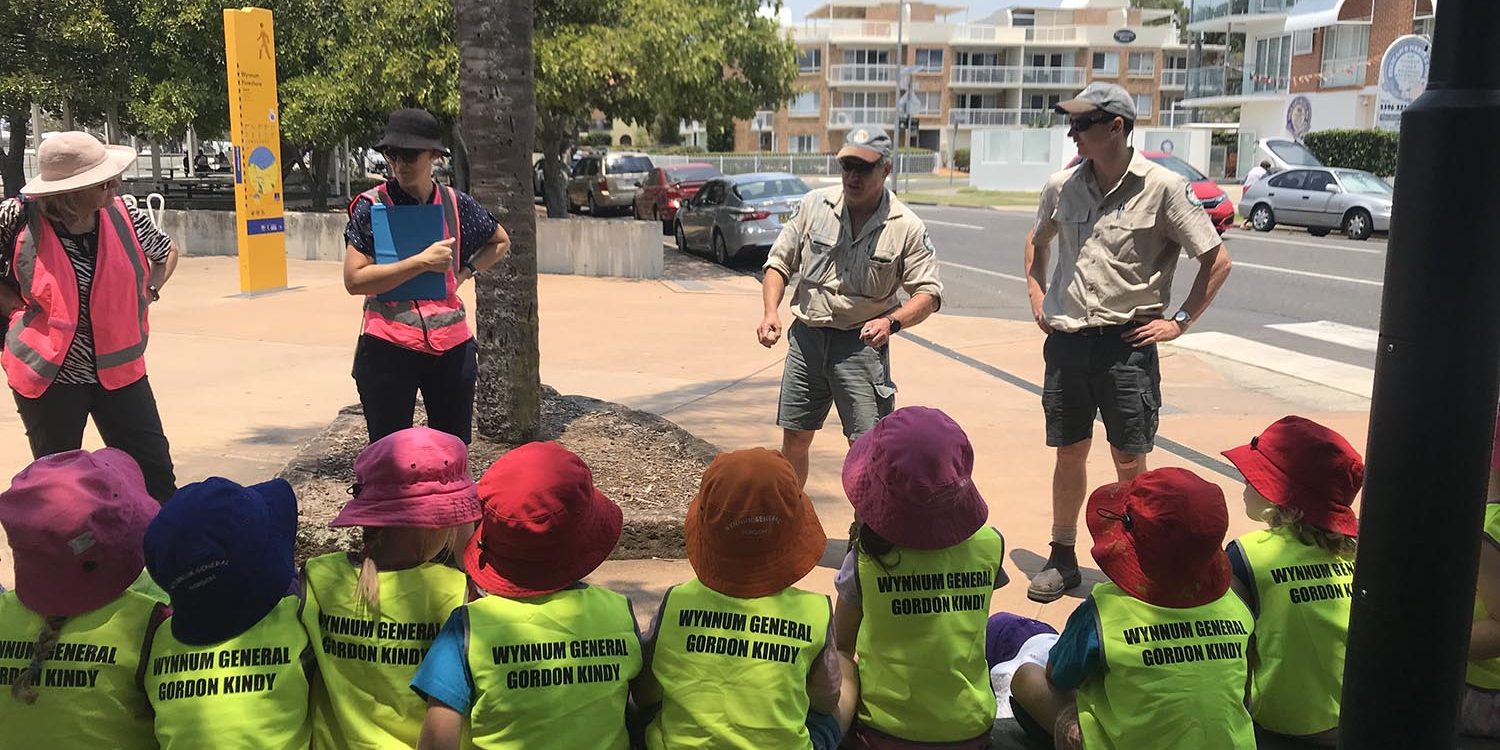 In a previous excursion within our local community, we decided to take a stroll down to Pelican’s Nest for an ice block and then over to the Wynnnum Wading Pool to see if any boats were sailing.

There were no boats, just a lonely thong floating about. After this, we walked out onto the jetty to see if we could see the blue/green algae and we did. It was a light turquoise colour and it was floating between the seaweed and the sea foam on the shore line. It was great to make this connection for the children considering we had been googling this algae the day before. All of a sudden, someone thought they saw a turtle on the beach over near the groyne, which caused much excitement for our Coochie Kids.

ALL year they have been so interested in the conservation of these beautiful Moreton Bay sea animals. It was decided that a teacher should go down onto the beach and check the turtle to see if it was ok; unfortunately, it wasn’t… it had died. This sad discovery led us to some really important discussions with the children, prompted by the many questions they had. We talked about “What should we do?”, which the children had solutions for… “Call the vet, get a ranger, call our marine biologist”. These were all really valid suggestions. So right then and there on the jetty… we called one of our Coochie vets Katie, who by the time we got back to Kindy had sourced a phone number for us to get some advice. Before we left to make our journey back to Kindy, we whispered on the wind for Brumby (our nature elf) to take care of the Moreton Bay turtles and to help us know what to do about the turtle on the beach. Brumby must have been listening because just as we were about to cross the pedestrian crossing at the Pelican’s Nest, a car stopped and in it were two National Parks and Wildlife rangers. We tapped on their window and told them there was a dead turtle on the beach and asked if they could they help. Kindly they pulled over and came to talk to us.

Encouraged by their totally captivated audience, rangers Rowan and Andrew (who coincidently looked after Moreton Bay Marine Park) explained that they would go down to the beach and check the turtle for any visible damage as to how it died. They explained that perhaps a boat had hit it, or maybe it had been attacked by a predator like a tiger shark. Rowan explained that perhaps the turtle was sick or old and that nature had just taken it’s course. Rowan also spoke about rubbish in the water and perhaps the turtle mistook it for food. After about 20 minutes of patientlyanswering all kinds of questions, Rowan and Andrew set off to check on the turtle and we walked back to Kindy, our hearts a little bit lighter as a result of our chat with Brumby’s rangers.

About an hour later, our Administrator Jan popped in with an armful of brochures about turtles and Moreton Bay that Rowan and Andrew had dropped off for the children. They told her that the turtle was about 50 years old and that they couldn’t see any obvious wounds that would cause it to die. It’s death remains inconclusive…but not in vain. Our darling Coochie Kids picked up a straw, a plastic serviette packet, a paper serviette, a plastic lollypop stick and a salt packet just on the short walk back to Kindy – all without prompting or without telling us. It was once we were back, that pockets were emptied and their commitment evident. We are in wonderful hands! 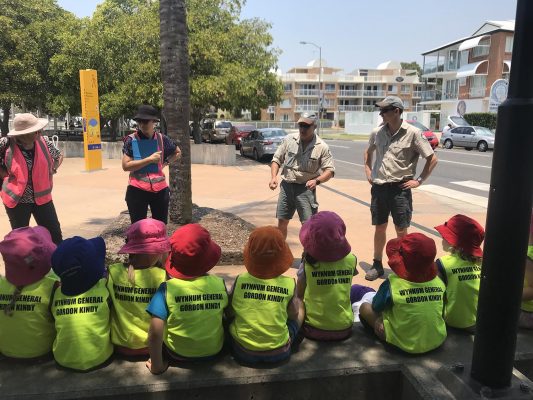 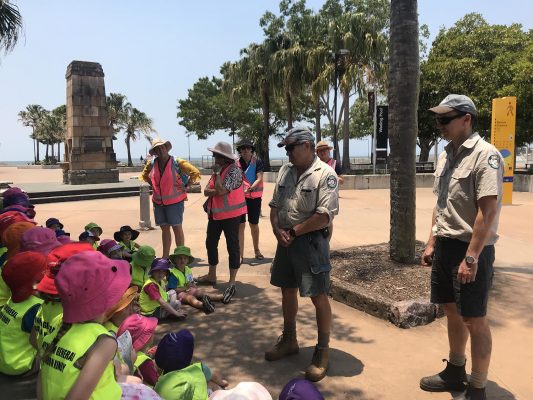